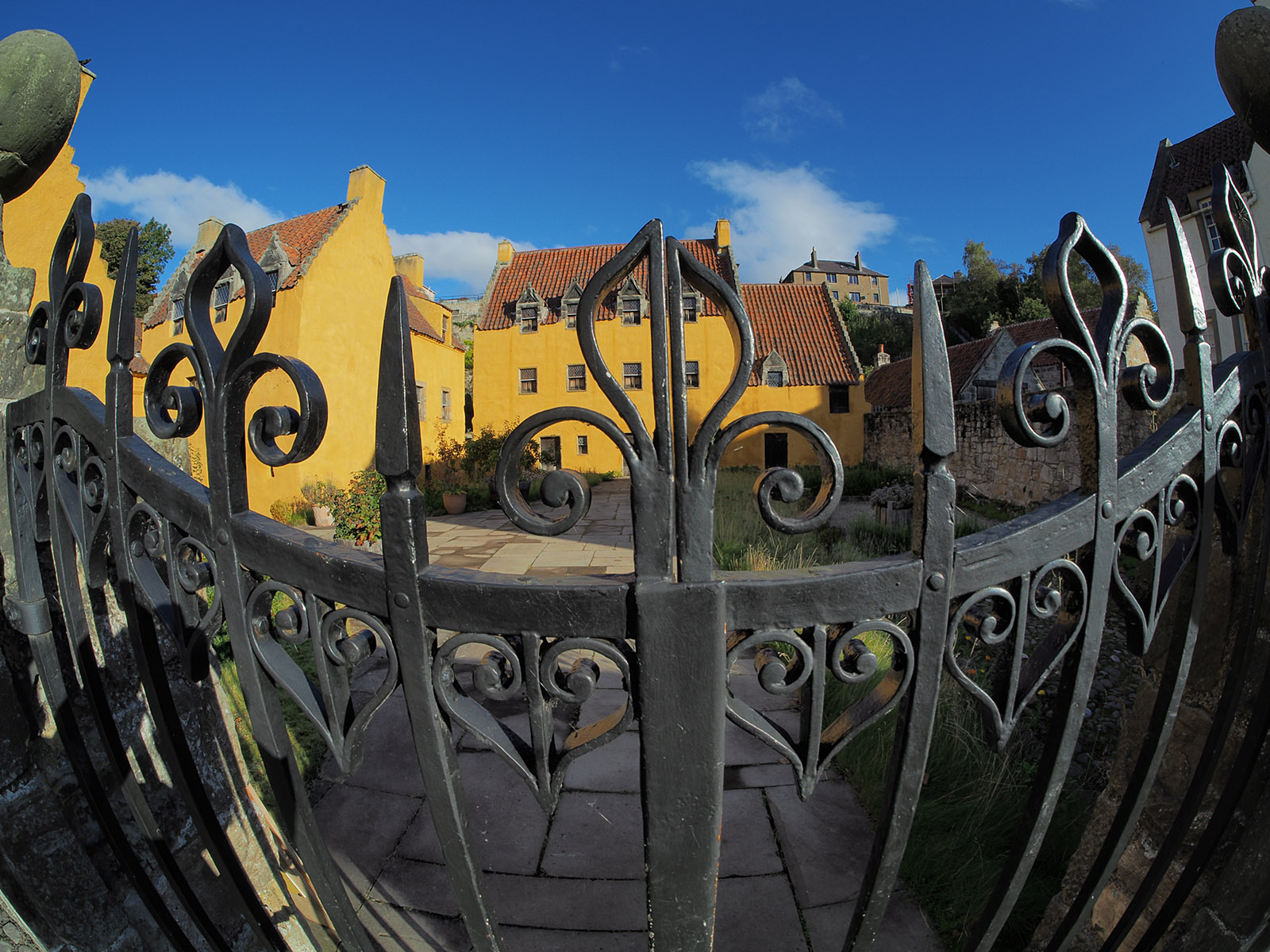 Tours start at 10 am .  We also offer bespoke private tours with the option of choosing your own itinerary .

Tours start from locations in Edinburgh or Glasgow .

Normal pickup point is Edinburgh/ Glasgow city centre , your hotel or the airport .

On this tour we visit various locations used for filming the hit series Outlander. Based on the best selling novels by Diana Gabaldon, Outlander is filmed in a number of locations in castles and towns in central Scotland.

Culross, in Fife is the location for Cranesmuir. Geillis Duncan’s house is in Culross and the picturesque town square where Geillis is sentenced to burn for being a witch. Jamie and Claire rescue the thief, Tammas, in Cranesmuir when his ear is pinned to the post.

Doune Castle was built in 1400 for the first Duke of Albany and provides the setting for Castle Leoch in Outlander. It was also the set for Winterfell in Game of Thrones and Monty Python’s Holy Grail. The Great Hall is 20 metres by 8 metres , and 12 metres high to its timber roof, again a 19th-century replacement.The hall has no fireplace, and was presumably heated by a central fire, and ventilated by means of a louvre like the one in the modern roof. No details of the original roof construction are known, however, and the restoration is conjectural.Large windows light the hall, and stairs lead down to the three cellars on ground level.

Blackness Castle goes back to 1440 . The castle provides the setting for Fort William, as the original fort no longer exists.

The castle is long and narrow because of the shape of the rock on which it is situated and it is sometimes called ‘ the ship that never sailed ‘ . It guards the bay at Blackness and is only a few miles from Linlithgow Palace . The first castle was built in the middle of the 15th century by Sir George Crichton , Earl of Caithness , a member of one of the most powerful families in Scotland .

This royal palace and birthplace of Mary Queen of Scots became the backdrop for some of the most harrowing scenes of the TV show Outlander .

Depicted as Wentworth Prison, the prison corridors and entrance were used in episode 15 of the first series when Jamie Fraser was brutally incarcerated by his adversary, Black Jack Randall.

Built in the 1400s and 1500s, the now-ruined palace is set among the spectacular surrounds of Linlithgow Loch and Peel.

Located on the Hopetoun Estate is Midhope Castle which is the external location for fictional Lallybroch, the family home of character Jamie Fraser. Midhope Castle dates back to the 15th Century and although the exterior is relatively intact the castle is derelict inside and not open to the public ..

The magnificent interiors which have remained virtually unchanged for three centuries reflect the elegance of the Georgian era and are decorated with the best period furniture, paintings, tapestries and clocks, with beautifully crafted finishes of carving, gilding and plaster work.