Exciting new photos of the Outlander cast filming Season 4 of the Starz drama, look away now. For those Sassenachs who need to know every detail, read on.
Over the last few months, the cast of Outlander has been hard at work on the fourth season, with the crew transforming Scotland into colonial America. And it hasn’t been easy: The night shoots have been long and cold, according to series stars Caitriona Balfe and Sam Heughan.
Outlander filming updates from Outlander tours

The passion is palpable.

Sophie Skelton, who plays Brianna Randall, was recently spotted on the Outlander set in Dunure, Scotland. Not really out of the ordinary—except she was in period costume! 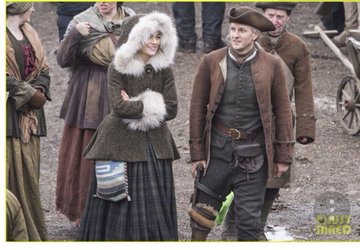 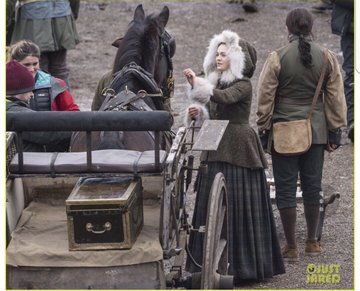 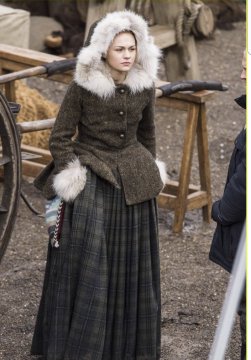 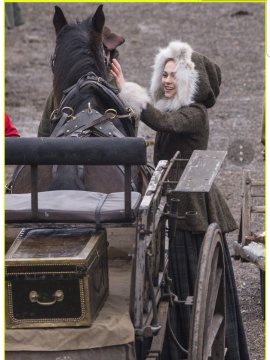 This means, at some point in Season 4, Brianna travels through the stones back to the 18th century. And who’s in the 18th century? Her parents, Jamie (Heughan) and Claire (Balfe)!
A Randall-Fraser family reunion in looking very possible. Of course, if you’ve read the books, this piece of information comes at no surprise.

It’s getting Scot in here.

Also spotted in the photos is Steven Cree, who plays Ian Murray Sr.. In other words, the setting is likely Scotland instead of America, as his character owns and runs the Fraser estate Lallybroch.
Outlander filming updates from Outlander tours
Outlander, Season 4, 2018, Starz